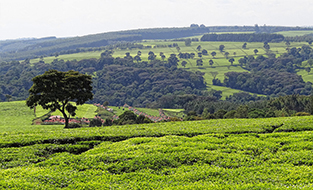 At the annual continental prayer gathering of Intercessors For Africa, held in Addis Ababa 17th to 22nd March, 2014, the Lord expressly spoke that Africa is entering a season of abundance.

Elder Laban Jjumba one of our continental leaders brought this prophetic word on the season Africa is entering. A season of fruitfulness and abundance. From the book of Genesis and looking at the life of Joseph he examined how Joseph rose from level one of fruitfulness to level two of fruitfulness. 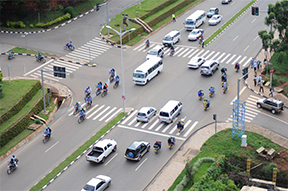 Joseph had been fruitful in his past at home with his father and mothers, also in Potiphar's house. In fact everything he touched was blessed. Joseph was fruitful before he went to prison and even there his fruitfulness was evident. All this was level one fruitfulness.
What happened to Joseph to take him to level two from level one?
Joseph's season of Jubilee Release

Before God took Joseph to this level he could not go beyond a certain point. Jubilee means that God is going to break this lifelong limitation and usher you into completely new world. You have been operating in a certain realm but God is going to release us into a level we have never dreamt. We can limit our thinking in how we can get out of the level we are in. 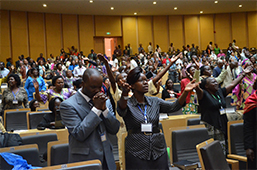 Your destiny is not determined by your present circumstances but by the word God has spoken over your life. No matter how big the lock Jesus has enough power to break it down. Jesus has the key of David – to open and no man can shut.

Today we are declaring our season of Jubilee release!

Book of the month

Africa is on the rise, rise and rise. We need to understand this from a Biblical perspective, the reasons we lagged behind, the present dealings of God with the continent and the hope Africa has. Looking first at the past dealings of God with the African continent and peoples, then the various sectors where we need to consolidate our efforts for Africa to transform and make a leap on the world stage.

"The situation in Africa throws up a number of questions whose answers are derivable from the Bible. This book is an attempt to address those questions from biblical roots of Africa. It is also an attempt to look forward into the future of Africa at least for the next fifty years." Author

The author then helps with new lenses of hope look at Africa in the next 50 years.

To change our mindset about Africa we need to read such books authored by Africans who have served this continent for decades and show us the other side of Africa rarely in the limelight.

You can find this book on our website: www.africahouseofprayer.org

Ezekiel's corner (standing in the gap)

Terrorism in on the rise on the continent especially in Nigeria and Kenya. This trend is worrying and an impediment to Africa, developing in this season as anticipated. Boko Haram, Al Shabab and such.

Pray against the move by the International community to pressure African nations to agree to legalize homosexuality. Pray for Uganda that faces sanctions and negative media campaign on the matter

Is a country in need. Thousands of people flee Eritrea every year in search of asylum. Of these many are young also Christians. Some have died in the Mediterranean trying to cross to Italy or in the Sinai desert trying to enter Israel illegally. 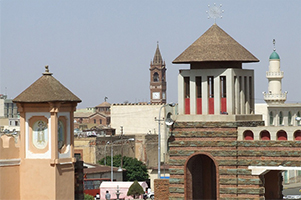 The Catholic Bishops recently wrote a letter concerning the situation in their country.

""Instead of Eritreans aiming to leave their country, those who are in the diaspora should have returned… It is not rational to simply ask why our youth are leaving to foreign countries," the bishops said.

They noted that many of the 366 migrants on board a boat that sank off the Italian island of Lampedusa last year were Eritrean.
The bishops' letter, called "Where Is Your Brother?," marked the 23rd anniversary of the end of the country's war of independence from Ethiopia. It was signed by Bishop Menghesteab Tesfamariam of Asmara, Bishop Thomas Osman of Barentu, Bishop Kidane Yebio of Keren and Bishop Fikremariam Tsalim of Segeneiti.

The bishops noted damage to families, with members "scattered in national service, army, rehabilitation centers, prisons, whereas the aged parents are left with no one to care for them and have been spiritually damaged."
Last year, Amnesty International called Eritrea one of the world's "most repressive, secretive and inaccessible countries" and noted that its prisons "are filled with thousands of political prisoners, locked up without ever being charged with a crime".

The bishops' letter said Eritreans who are arrested "should first be handled humanely and sympathetically, and then, based on the accusations against them, they should be presented to a court" of law for a just trial.

Eritrean bishops are blocked by their government from traveling to Ethiopia, which makes it difficult for the conference to "work on issues, including pastoral matters," that affect all dioceses, Father Seyoum Fransua, deputy general secretary of the Ethiopian Catholic Secretariat, told CNS yesterday. There is "no dialogue" between the governments of Eritrea and Ethiopia or any bilateral political agreement that would enable the bishops to "work easily together," Fr Seyoum said.
For this reason, bishops' conference meetings have mostly been held in Kenya or in Rome, he said. CatholicHeralnd.co.uk.

Please uphold Eritrea before the Lord and pray consistently for God's mercy to prevail on the nation and her peoples. Join the many Eritreans around the world who pray for their nation.

The following is a timely article by David Lazarus, a regular contributor to Israel Today and pastor of the Messianic congregation Beit Immanuel in Tel Aviv.
This has been another hard week for Israel. With barely time to mourn the loss of our 3 murdered teenagers, war drums are pounding again – both within and beyond our tiny borders. 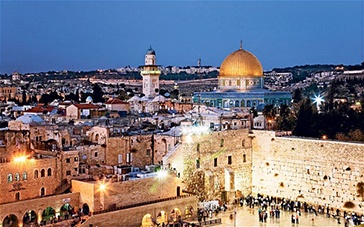 How should we pray for Jerusalem in this terrible hour? One of Judaism's oldest prayers, recited more than any other blessing, gives us guidance to face the unique challenges of these difficult times.

The Aaronic Blessing is packed with beauty and meaning for such a time as this.
The first section - "May the Lord bless you and Keep you" asks G-d to prosper us with material and physical well-being. Here we are commanded to recall that He is our ultimate protection, and not only our own efforts.
May we turn our faces to the Lord in this difficult hour to the "Keeper of Israel and the Shield of Abraham."
Let us not allow the stones thrown at us become a stumbling block, but may they become footsteps drawing us closer to Him.

The second section – "The Lord make his face shine on you and be gracious to you" asks the Almighty to grant us wisdom ("Ya'er" is related to the word "Or" – light, a metaphor for wisdom). We cannot live by gut reactions alone. When in trouble, it is time to fall on our faces before G-d and allow His face to shine on us. It is in the midst of uncertainty and danger that we must pray, "Your will be done, and not mine…"

This is also a plea that we should find favor (gracious in the Hebrew) with G-d so that others should be built up with our teachings. His wisdom does not make us so arrogant that people resent us. This is especially true when we are angry and hurt and want to lash out at others, and our nation is seething right now. Let us ask the Lord to be gracious to Israel so that we might find favor with Him especially as we face of such turmoil.

The third section - "The Lord lift up his countenance upon you and give you peace" calls us to look at our Lord right in the eye. When a person does not conduct himself properly and knows that he is wrong, even in the face of danger, he cannot face his Lord, nor can he face others with integrity. But when we do the right thing, we can lift up our heads in the sight of G-d, and this, in turn, evokes a similar response from the Lord.

When our gaze meets our Maker, we are at Peace, and there is no greater strength than to walk in the light and be in fellowship with the will of G-d.
These are the blessings we should have in mind as we pray for Israel. Security, wisdom, humility, favor with G-d and the peace that comes from knowing that we are doing the right thing. When we live like this "in the image of G-d," we will bring Shalom not only to ourselves, but to the entire world.

It is our prayer that G-d will preserve Israel.